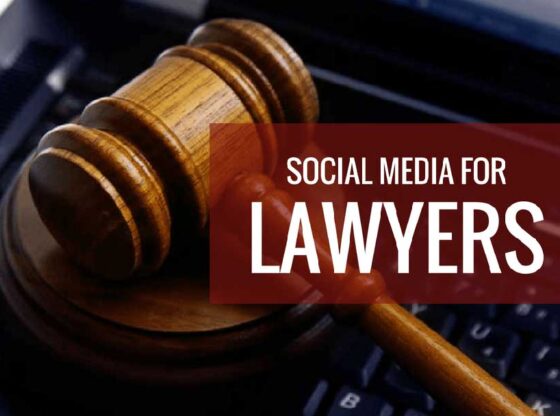 Many lawyers still question which is the best social network for their law firm, so we will address some characteristics and peculiarities of each social network, leaving you to identify, based on its legal focus and ease of use, which media will be more appropriate and suitable for your planning.

Facebook for Lawyers – being the largest social network in the world, Facebook is positioned as an extremely alternative media, enabling publications linked to other media, such as Instagram and YouTube, to “ultra-niche” ads and the possibility of exploring the tool’s algorithm for high-performance actions, such as the similar audience functions (automatic creation of other audiences based on the similarities presented by your target audience) and remarketing (option to continue boosting publications only for people who have demonstrated some interest or accessed your site).

Currently, Facebook is considered a medium that offers satisfactory results for lawyers working in areas classified as the “significant legal mass “: consumer, family, labor rights, and ramifications within the broad civil area.

Instagram for Lawyers – focusing mainly on the “visual,” its entire format is designed to make your photos or videos stand out (unlike Facebook, which prioritizes the caption above the images/video). For example, when starting a simple publication, you will notice that the first is the choice of image or video. Only after that is it possible to add the caption, which is limited to 2,200 characters.

In addition, Instagram intends that the user does not disperse his attention to other media. This is one of the reasons that make it impossible to include links in publications in the Feed, making it difficult to create a flow that allows the user to go to the site from your office (exceptions apply for profiles with more than 10,000 followers or who choose to sponsor publications, including the Stories function).

YouTube for Lawyers – several statistics point to video publications as being the preference of consumers in the coming years, as it strengthens annually with the growth of the tool in Brazil and the rise to the 1st position in terms of monthly access compared to other networks social (including Facebook which has lost its position)

Two main characteristics are associated with the evolution of a legal channel: 1) the association of the lawyer in the recording of videos, demanding dedication and commitment that make all the difference to the algorithm of the tool, and 2) empathy with the camera and the ease of transmitting information respecting best practices for a fluid video of high perceived value. “Focus in the first few months just maintaining discipline; the result is a consequence of constant small improvements.”

Linkedin for Lawyers – without a doubt, the media is most pointed out by specialists when it comes to the business public because the essence of the social network has been maintained since its beginning as a business social network. One of the great advantages of the media is the excellent reading statistics when sharing “compact” content with high added value, as guided in the content structuring phase.

Regardless of the chosen social network, it is essential to emphasize the need to engage with other users and the frequency of use and publication, which, naturally, will require the part of your time for the planning to take effect in the medium to long term but firm like Grow Law Firm for example can make that journey easy.